The Greens of Bursa

The Greens of Bursa 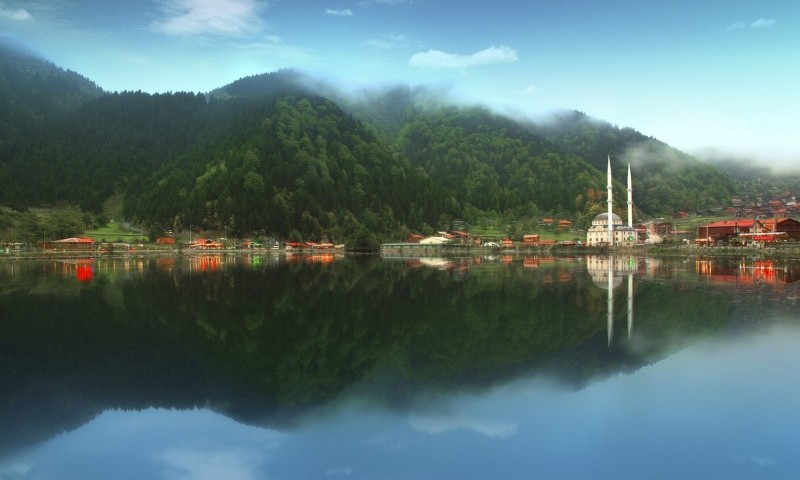 The Tour starts early in the morning. We you up from the hotel and will cross the Bosphorus Bridge to get to the Asian Coast of Istanbul, continuing to the seaport in order to catch the car-ferry. The ferry stops at Yalova, from we will proceed to Bursa.

Bursa was the capital of the Ottoman Empire State between 1326 and 1365. The city was referred to as "Hüdavendigar" (meaning "God's Gift") during the Ottoman Empire times, while a more recent nickname is "Yeşil Bursa" (meaning "Green Bursa") in reference to the parks and gardens located across its urban tissue, as well as to the vast forests in rich variety that extend to the surrounding region. The city is synonymous with Mount Uludag, which towers behind its core and which is also a famous ski resort. The Mausoleums of the early Ottoman Sultans are located in Bursa, whereas the numerous edifices built throughout the Ottoman Empire Times constitute the city's main landmarks. The surrounding fertile plain, its thermal baths, several interesting museums, notably a rich museum of archaeology, and a rather orderly urban growth are further principal elements that complete Bursa's overall picture.

First we will climb up the Uludag Mountain by cable-car, and will give you time at leisure to take photos, or else, you can visit the winter area and enjoy some snow sport like jet-ski or snowboard in the winter. Thereafter, we will visit the famous waterfalls in Bursa and take you out for lunch along the river. We will also visit the Apiaries honey fields. After lunch, we will visit famous historical places such as ULUCAMI (Grand Mosque) and Green Mosque, and of course, the famous COVERED BAZAAR, SILK MARKET and TOWEL MARKET.

Ulucami is the biggest mosque in Bursa and a landmark of early Ottoman architecture, which carried many elements from the Seljuk architecture. Ordered by Sultan Bayezid I, the mosque was designed and built by architect Ali Neccar in 1396–1400. It is a large and rectangular building, with a total of twenty domes that are arranged in four rows of five, and are supported by twelve columns. Supposedly the twenty domes were built instead of the twenty separate mosques, which Sultan Bayezid I had promised for winning the Battle of Necropolis in 1396. The mosque has two minarets.

Yesil Mosque, also known as Mosque of Mehmed I, is a part of the larger complex (a kulliye) located on the east side of Bursa. The complex consists of a mosque, turbe, madrasah, kitchen and bath. The Yesil Mosque can be shown as the perfect blend between architecture and embellishment, the proof that such works of art were produced in a country where the battles between siblings had come to an end and peace had returned. It was commissioned by Sultan Mehmed I Çelebi and completed in December 1419 or January 1420. The mosque was built between 1419–1421 by architect vezir Hacı İvaz Pasha. The artists of painted decorations were Ali bin Ilyas and Mehmed el Mecnun. Following the earthquake in 1855, the building underwent an extensive renovation led by architect Léon Parvillée, as Ahmet Vefik Pasha, the Vali (governor) of Bursa, was unable to find a qualified Turkish architect. Parvillée managed to save the mosque but he lacked experience of the Seljukian and early Ottoman architecture. He was also hampered by shortages of money and skilled labour. The original decorations of the vaults and the walls were not restored. But his whitewash was perhaps to be preferred over botched attempts at reproducing old paintwork.

Late evening return to Istanbul and transfer to the hotel.

REMARKS
Only in winter, we take lunch on Uludag Mountains and visit ski resorts.
This template supports the sidebar's widgets. Add one or use Full Width layout.